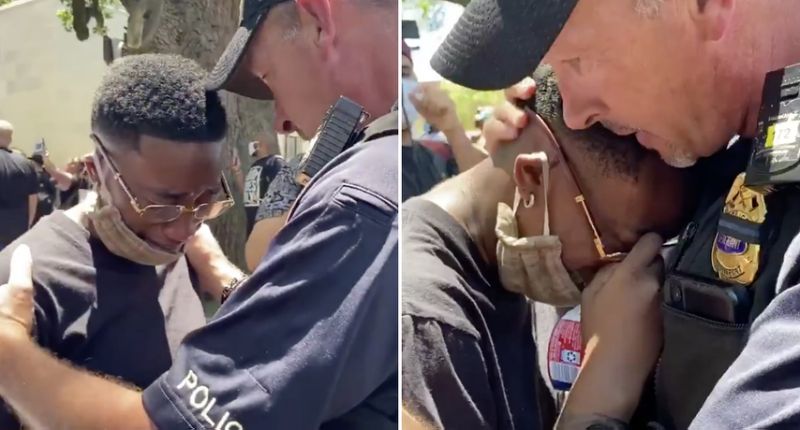 This week’s “Thankful Thursday” would like to highlight the comforting interaction between a Shreveport, LA police officer and a tearful teenager during a Black Lives Matter protest. The protest was in response to the death of George Floyd by a Minneapolis police officer. The young man appeared overwhelmed and was reduced to tears.

On Twitter, people called the video “powerfully moving”. One woman praised the police officer for being “kind-hearted and compassionate.” “We need more scenes like this and less destruction,” one man tweeted. “This is America,” another woman tweeted.