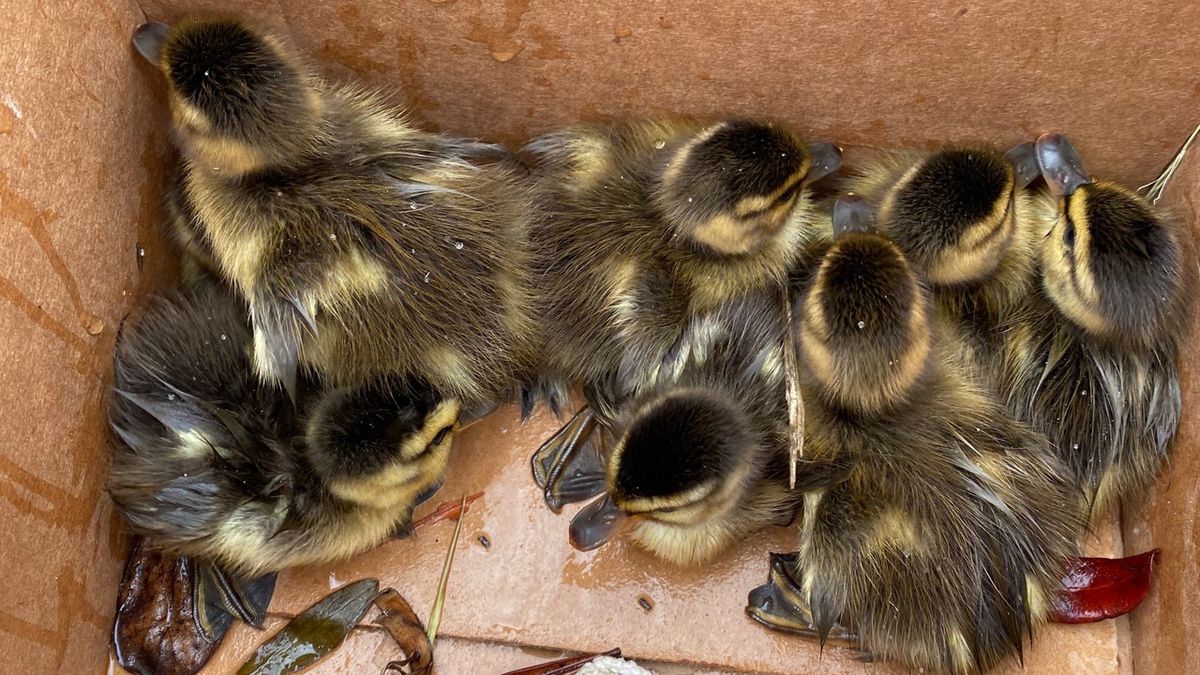 This week’s “Thankful Thursday” would like to highlight a small act of kindness that made a difference in the world during these challenging times.

According to Massachusetts State Police’s Facebook post, “It’s a state trooper’s most fundamental mission to help others in a time of crisis and danger. Sometimes, those in danger cannot speak for themselves. And sometimes they are a different species. So, when State Trooper Jim Maloney came across some baby ducks who had fallen through the grate of a storm drain in the parking lot at Nahant Beach Saturday morning, he fulfilled that mission to help others, with some assistance from our state and local partners.”

When Trooper Maloney noticed that eight ducklings were trapped in water under a heavy grate. The ducklings’ mother and another baby sibling who had not fallen through were waiting nearby “because Mama would not leave her trapped babies,” state police said.

With the assistance from the Department of Conservation and Recreation, the Department of Public Works and an Animal Control officer, the rescue was underway. The ducklings were fished out with a net from under the heavy grate and safely placed in a cardboard box. Shortly thereafter, the mother duck emerged from the brush looking for her ducklings.The ducklings were taken out of the cardboard box and placed at the edge of the grass to entice a reunion.

“The mother immediately went to them, and together she and her nine babies — the family fully reunited — walked back into the grass. A small act amid the enormity of the ongoing health crisis, perhaps, but for one mother duck and her tiny babies, it made all the difference in the world,” said state police.