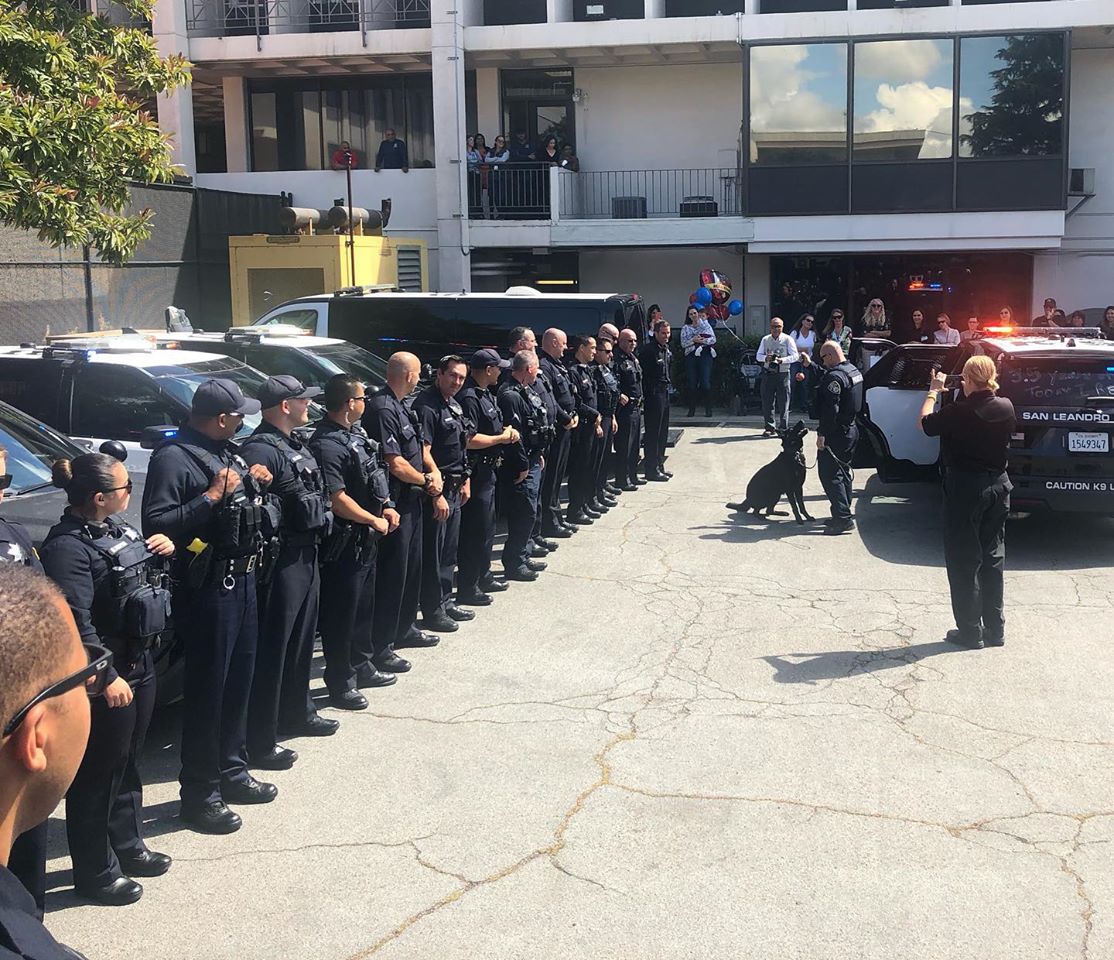 This week’s “Thankful Thursday” would like the commend the career of K-9 Waylon, a trusted and loyal partner to Officer Joey Bacon of the San Leandro, CA Police Department for the last three and half years.The department held a special ceremony to include members of the police department and city officials to celebrate Waylon’s retirement from police service.The ceremony paid loving tributes to Waylon for his years of service.

The beloved German Shepherd was born in Livermore, CA and came to the department in 2016, after completing a five-week basic handler’s course. He was certified to do patrol work as well as assist in narcotics detection.

Like many K-9s and their officer handlers in the field, Waylon played an integral role in helping to protect the community as well as being responsible for helping apprehend dangerous suspects and finding illegal drugs and other contraband.

This year, Waylon was recognized for his police skills, placing 4th in the category of patrol area search at a competition in Yuba City, CA which involved 22 other K-9 teams.

The department decided to retire Waylon after he successfully fulfilled his contractual agreement with Officer Bacon, which required him to serve a minimum of three years in the field.  According to Cheryl Walsh, president of the Seam M. Walsh K9 Memorial Foundation, K-9s can serve from four to eight years in the field. Due to the high stress nature of the job, K-9s typically will serve a certain amount of time in the field.

Now Waylon will be living out his years as a loving member of the Bacon family. Waylon can expect some well-deserved star treatment in the days ahead. “K-9 Waylon is looking forward to his retirement with long naps, steak dinners and lots of puppy play dates,” the police department said. It is clear that Waylon will be dearly missed by his department and the community of Livermore.

“Thank you for your service and for keeping us and our citizens safe. We will always remember it is Waylon’s Way.” said police officials.