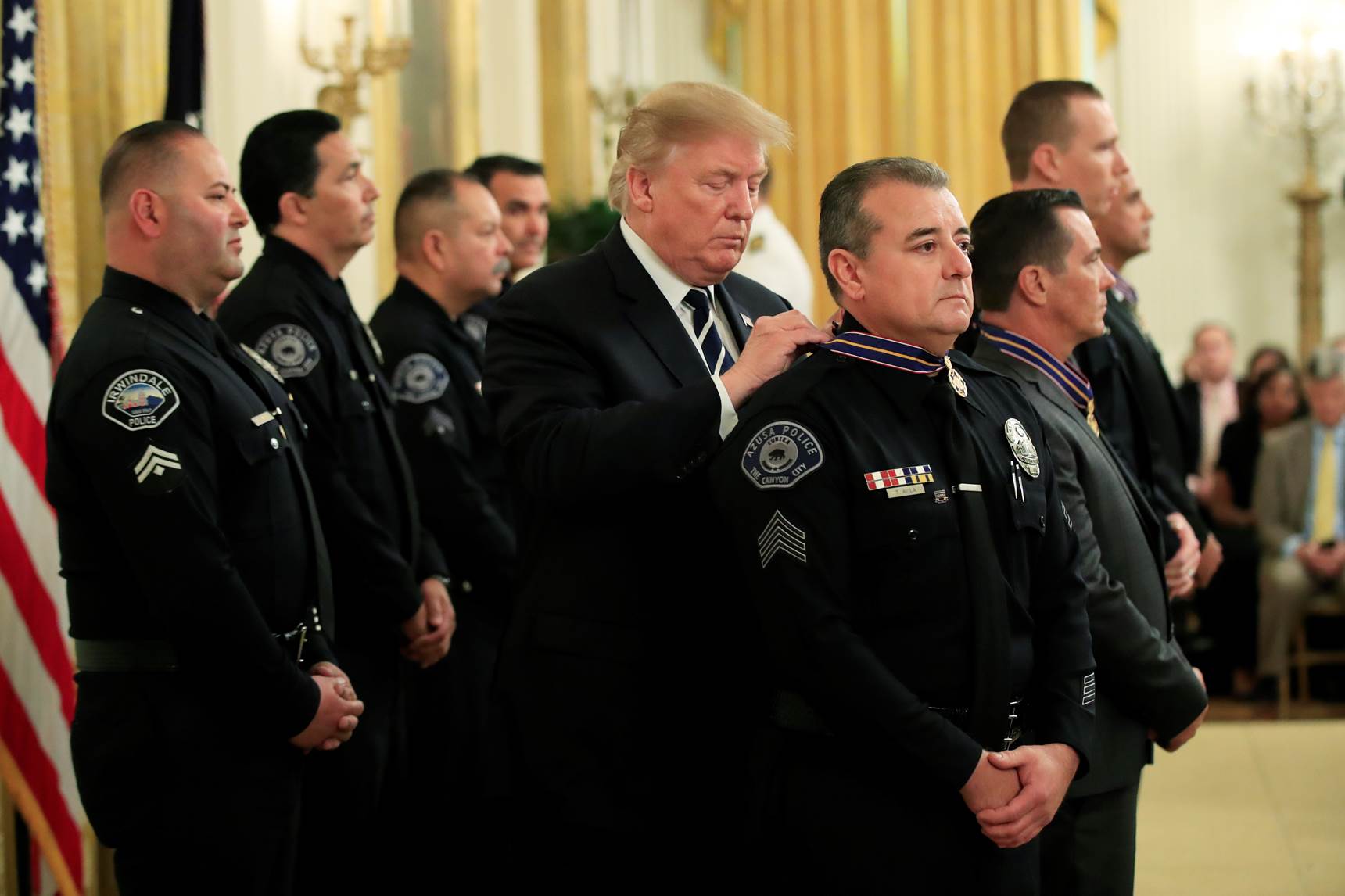 This week’s “Thankful Thursday” would like to honor the recipients of the 2019 Public Safety Medal of Valor Awards, which was presented by President Donald Trump and Attorney General William P. Barr at a White House ceremony on May 22, 2019. The medal is the nation’s highest honor for bravery by a public safety officer who exhibited exceptional courage in saving and protecting others and whose heroic actions were above and beyond the call of duty. “Every officer, firefighter and first responder who receives this award embodies the highest ideals of service and sacrifice, character and courage,” said President Trump.

The Public Safety Medal of Valor Award Recipients are:

-Ohio State University Police Officer Alan Horujko is being honored for risking his life to save the lives of several civilians from a driver who sped through a crowd and then emerged from his car to attack pedestrians with a knife.The attacker was killed by Officer Horujko.

-Oregon State Police Senior Trooper Nicholas Cederberg is being honored for placing himself in the line of fire and suffering life-threatening injuries in order to bring a murderer to justice.

-Lenexa, Kansas Fire Department Captain Dustin Moore and Firefighter Paramedic Andrew Freisner are being honored for risking their lives to rescue a family from a burning apartment building.

-Fallen Memphis Police Department Sergeant Verdell Smith Sr. is being honored for giving his own life to save the lives of civilians in the path of a driver speeding recklessly through a crowd.

-Fallen Dallas Area Rapid Transit Police Department Officer Brent Thompson is being honored for giving his life while engaging a deadly mass shooter and saving the lives of countless civilians and fellow officers during a protest march.