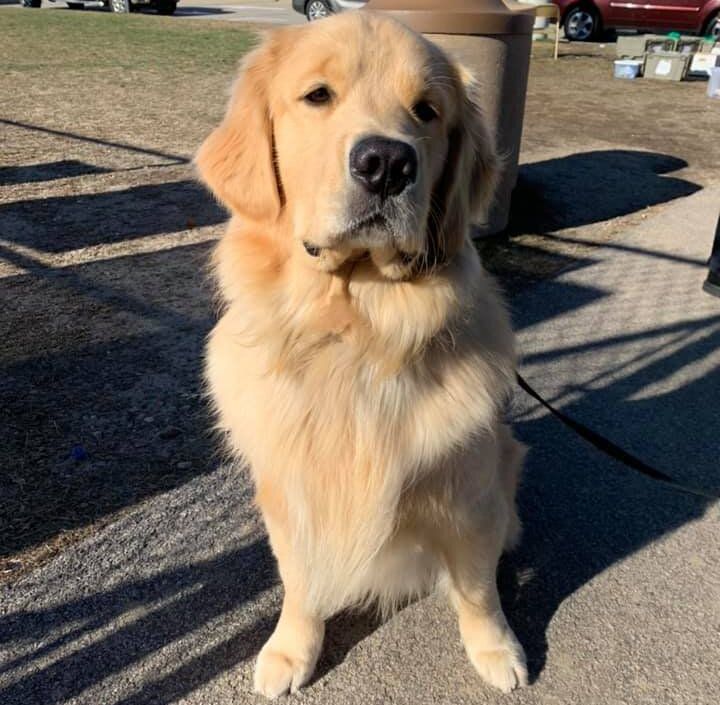 This week’s “Thankful Thursday” would like to highlight Ben, a beautiful golden retriever with the Franklin, Massachusetts Police Department who is considered an invaluable member in his role as a police therapy dog.

For this holiday season, officers worked diligently to collect toys for children in the city of Franklin. The officers started to notice that some of the collected toys were disappearing. Fortunately, the officers immediately identified the culprit and the location of the missing toys as seen on one of the department’s cameras. It turned out to be their own therapy dog, Ben. “When Ben saw the toys, he thought they all belonged to him,” said Deputy Chief James Mill.

Ben tried to outrun officers when they caught him carrying a baby doll in its carrier by the handle. But he ended up just leading them back to the stash of toys by his bed under a desk. Due to an excess of slobber that was left on the missing toys, Ben was able to keep the toys. Instead, the officers replaced the missing toys for their toy drive. For now, Ben won’t face charges, but he has been banned from the toy room.

Lucky for Ben, he has friends on the inside. “He has the run of the station, and it’s amazing he’s like one of those friends who always shows up at a party that everybody loves. So even if you’re having a terrible day, if Ben walks in, seriously, it’s like a ray of sunshine,” said Deputy Chief Mill.