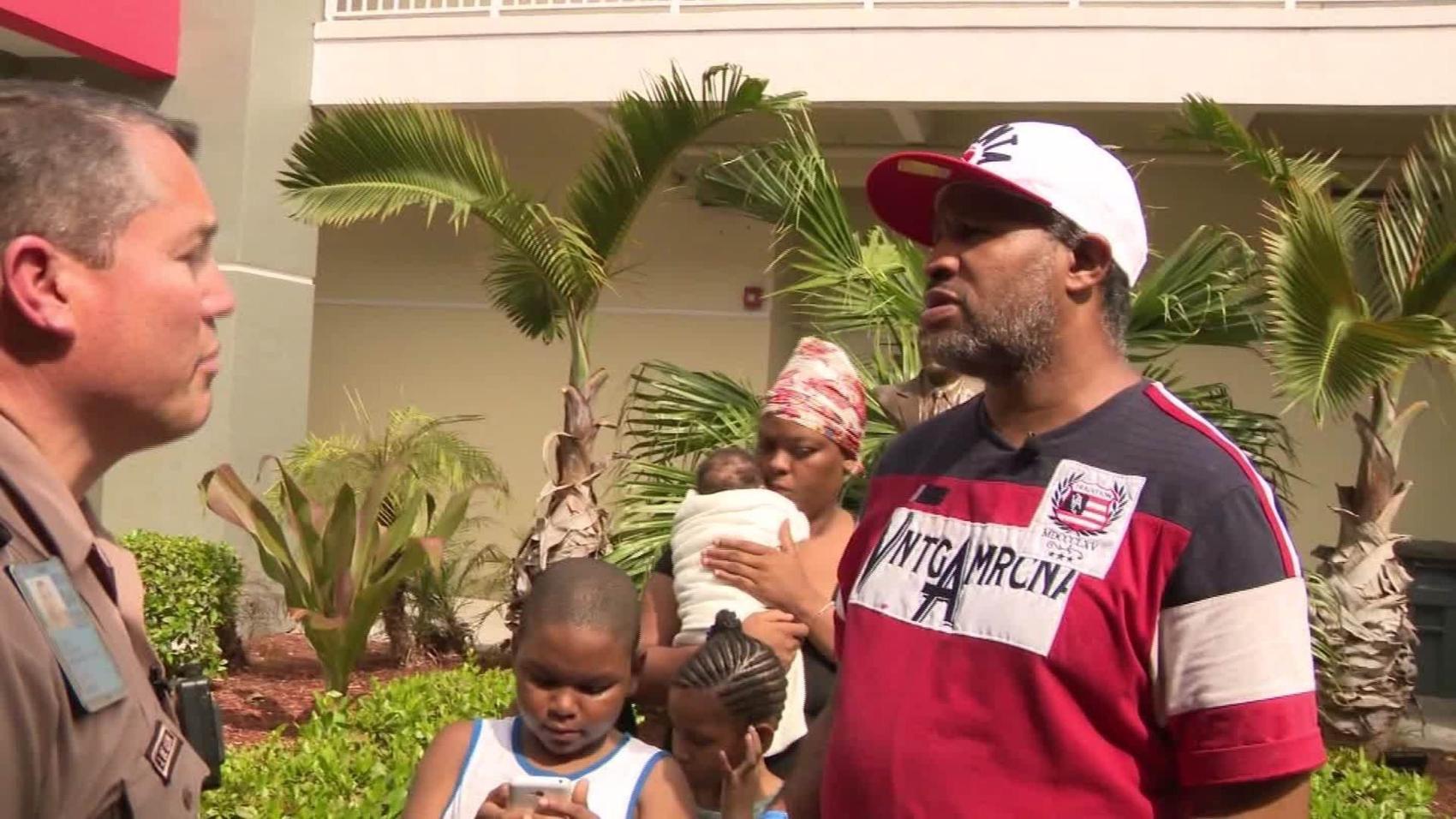 This week’s ” Thankful Thursday” would like to commend the actions of Miami-Dade, Florida Police Officers Jose DeLeon, Roberto Azcuy, Isabel Soto, Dayane Wilhelm and Scott McBath for their compassion in helping a man, his wife and their family of four who were clearly in a difficult situation. The man approached the officers who routinely patrol a travel hub near the city’s airport. He told the officers that he and his family moved from Michigan in the hopes of him finding a job as a cook, but was recently evicted from a relative’s home. With nowhere to go, the family of six headed to the bus depot with all of their belongings in plastic garbage bags.
“I saw his wife holding a 2-month-old, I saw the other kids and just immediately thought to myself, Wow, we have to help them,” said Officer Jose DeLeon. So the officers, all moms and dads themselves gave what was in their pockets, $200 to help the family. Being a new mother herself, Officer Wilhelm couldn’t fathom a newborn sleeping in the bus station. “I had just taken out money that morning and … I just, I gave it up,” said Officer Wilhelm in tears.
The officers then drove the family to a local shelter for temporary housing. “It took three units to carry everybody and their belongings,” said Officer McBath. The man and his wife were extremely grateful for all the assistance from the officers. The family eventually made it back to Michigan with the money from the officers and assistance from the shelter.
The officers all see themselves as city ambassadors as well as police officers. “I don’t think (any) of us here consider ourselves heroes. We’re doing our job. At the end of the day, that’s what we signed up for. That’s what we swore to do right in our community,” said Officer Azcuy.