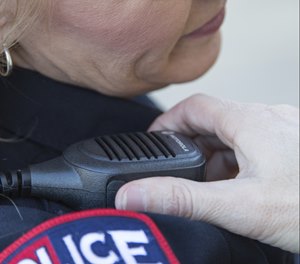 This week’s “Thankful Thursday” would like to commend police agencies nationwide for recognizing the need for improvements and making changes to assist police officers in better performing their jobs in 2019 and beyond.

2018 has been a tough year for police officers with controversial court cases and officer-involved shootings dominating the headlines. Police agencies continue to struggle with issues like recruitment and retention.

There have also been many highlights in 2018 such as the viral Lip Sync Challenge that has promoted departmental solidarity in addition to the  many heroes that rose to the occasion, going above and beyond their duties as police officers. But, the New Year brings with it opportunities to continue to grow and improve.

From officer health (both physical and mental), better interactions with the public, upgrades to equipment and more, here are the following improvements police agencies hope to see occur in 2019:

Change from wearing duty belts to load bearing vests to help alleviate the back and hip problems that officers have had to endure throughout their law enforcement careers.  A six month study conducted by the University of Wisconsin-Eau Claire had determined that load-bearing vests are ergonomically superior to duty belts, where the weight is more evenly distributed so there is less strain on the hips and lower back.

High-profile tragedies have dominated the headlines but what has gone unreported by both the media and officers themselves are the emotional struggles that follow.  Due to the lack of mental health resources and the stigma associated to seeking emotional support, officers keep their struggles to themselves without getting the help they need.

Proactive mental health outreach, peer counselors and continuous suicide prevention training are some of the approaches suggested to address every traumatic event that each and every police officer witnesses in their day to day duties.

Policing is a tough calling, but many officers feel the negative public perception has made it harder to protect and serve.  Officers are hoping that the public will better understand the challenges they are up against on a daily basis and do more to support them.  There are over 800,000 sworn law enforcement officers in this country where the vast majority are there to serve and protect their respective communities.

Defective equipment and poor radio communications are some of things that officers encounter when performing their duties. For many police agencies, upgraded equipment and better technology top the list of agency improvements for 2019.

Nationwide, the recruitment crisis has strained police departments in 2018. With diminished ranks, officers have to work harder with longer hours and little chance for time off.  Many departments consider recruitment as an top-priority agency improvement for 2019.