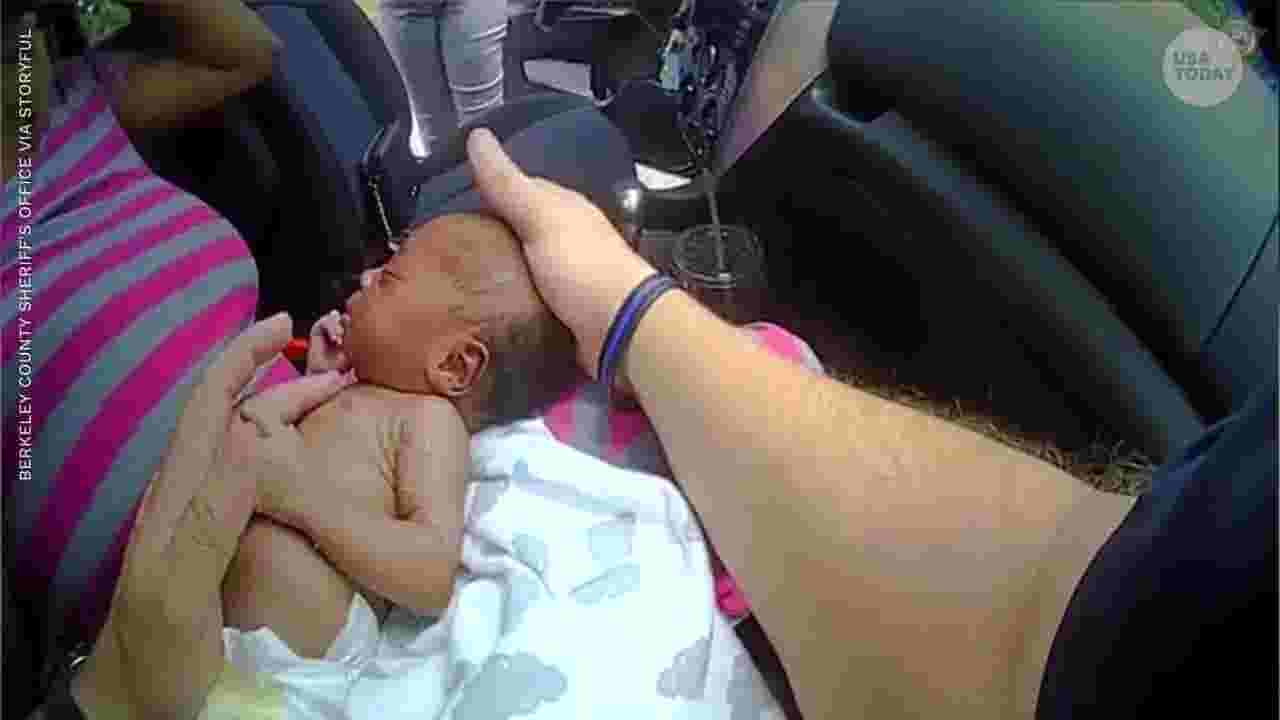 This week’s “Thankful Thursday” would like to commend the actions of Berkeley County, SC Deputy Will Kimbro in saving the life of an 11-day old newborn baby during a routine traffic stop.

On June 11, 2019, while on routine patrol, Deputy Kimbro stopped a speeding car in Berkeley County, South Carolina. Unbeknownst to him, he would be saving a newborn’s life. The footage of that encounter was recorded on his body camera, which was later released by the Berkeley County Sheriff’s Office.

According to the sheriff’s office, Deputy Kimbro stopped the car and the driver immediately got out of the car. The driver shouted that the baby had stopped breathing after drinking from a bottle. The baby’s body had become limp and was turning blue from the lack of oxygen.

The baby’s mother was seated in the front passenger area of the car holding the baby. Deputy Kimbro asked for her baby, who the mother identified as Riley. Deputy Kimbro then placed Riley on her mother’s lap. Deputy Kimbro checked Riley’s pulse and then started to massage her heart as part of a lifesaving first aid.

Deputy Kimbro said, “Come on baby, cry for me, cry for me, open those eyes, sweetheart.”  Riley then began crying.

“As long as she’s crying like that she’s breathing, I want you to cry, come on. I think she’s gonna be OK. She’s breathing,” Deputy Kimbro said to reassure the mother.

Deputy Kimbro continued to perform CPR on Riley due to her erratic breathing.

Finally, Riley’s chest started moving, meaning that she was breathing again on her own. An emergency medical team arrived to take Riley to a local hospital for observation. Riley was later released to her family.

According to the sheriff’s office Facebook page, due to Deputy Kimbro’s steadfast, professional and heroic response, the baby was able to live.

Deputy Kimbro was awarded a medal for his heroic actions.