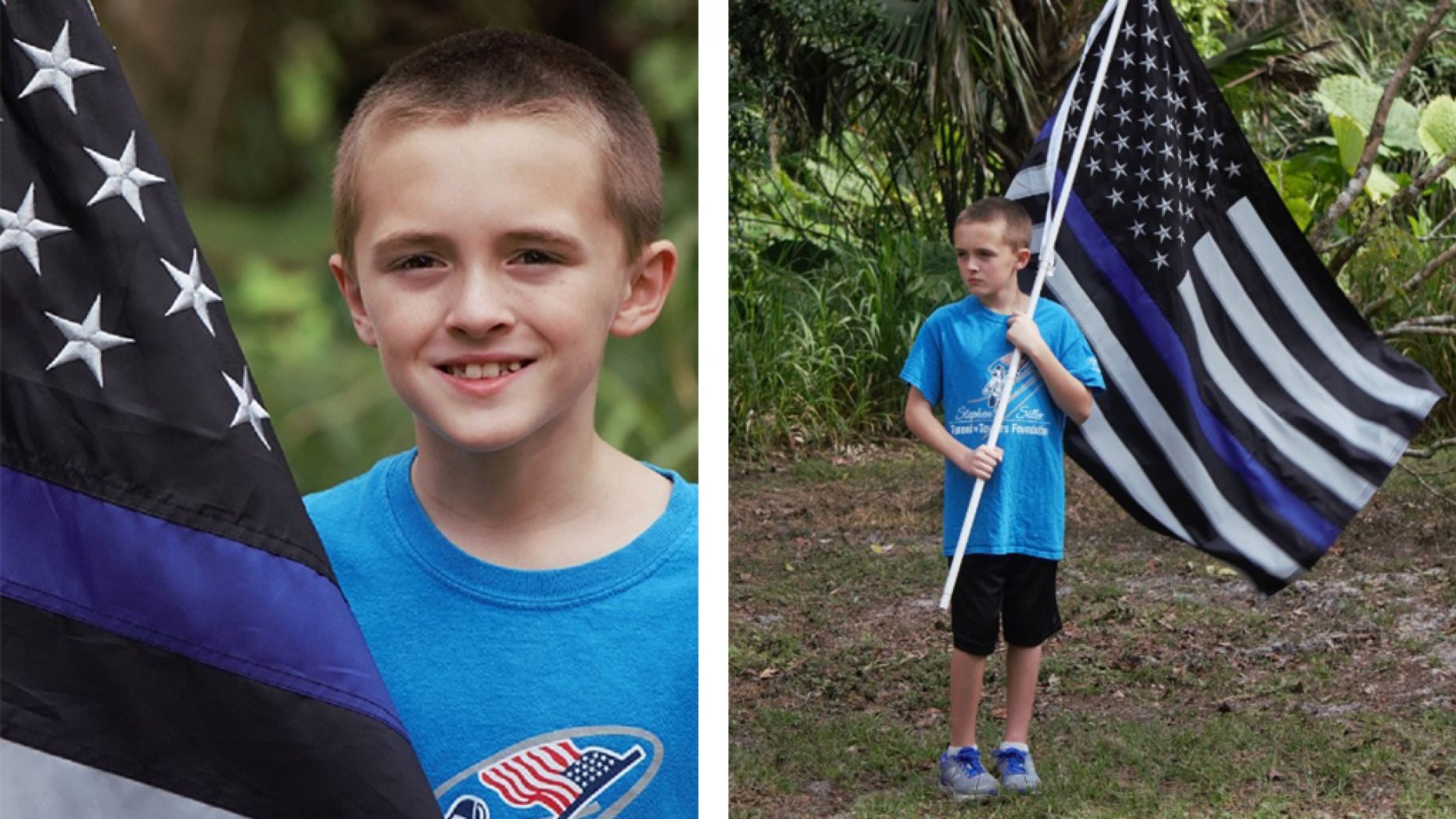 This week’s “Thankful Thursday” would like to commend 11-year old Zechariah Cartledge from Seminole County, Florida for his dedication in running one mile for each First Responder who have died in the line of duty. Zechariah has been running on behalf of Running 4 Heroes, a non-profit organization. For the last year, Zechariah has run over 290 miles representing fallen law enforcement officers who died in the line of duty in 2018 and 2019 as well as fallen firefighters, K-9s and other heroes. Zechariah dedicates each mile he runs to a fallen First Responder, whom he names and shares their story.

According to a statement posted on the Running 4 Heroes website, “Running 4 Heroes started with a kid, an appreciation for our First Responders, and a mission to raise awareness and funds for those fallen in the line of duty. Zechariah Cartledge was born with the gift of running. He was raised with an appreciation for First Responders and all they do for the community. As he grew older, Zechariah decided to help the families of our fallen First Responders in a meaningful way. Encouraged by the mission and vision of the Tunnel to Towers Foundation, Zechariah began his journey raising funds for those families by running.”

Zechariah’s most recent run was to honor the life of Lemoore, CA Police Officer Jonathan Diaz, who died on November. 2, 2019 in the line of duty. In a Facebook Live video, Zechariah said, “He leaves behind three siblings, three children and parents. Today, I’ll bring the blue line flag in his honor. I’ll be doing seven laps around my school loop which is the equivalent of 1 mile for him tonight.”

Zechariah have asked people to consider supporting his cause. His goal was to raise $100 for each fallen officer, but to date, he has raised over $20,000. Part of the donations received go to purchase American flags that Zechariah runs with, and are then presented to the families of the fallen First Responders.

Zechariah has considered becoming a police officer when he gets older but he humbly adds that he doesn’t think he has the bravery to carry out the job. “I don’t know lots of people that can take a bullet for anyone they don’t know in the community and it’s just an amazing thing, so I really want to honor them. It’s really hard to have a job as a police officer because you have to do so much in the community to keep everyone safe,” said Zechariah.