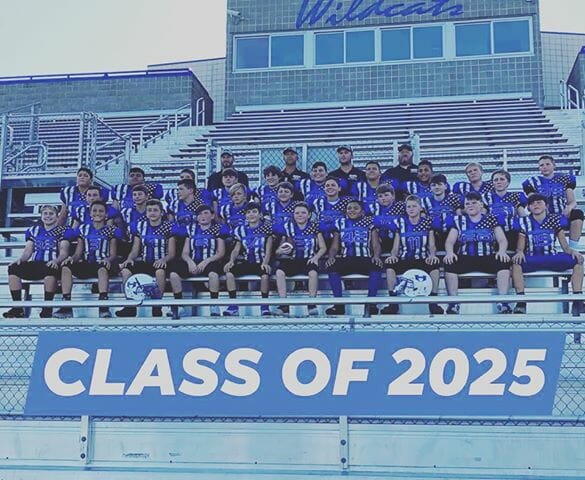 This week’s “Thankful Thursday” would like to commend the Harrisonville Youth Football League in Missouri in how they chose to display their support for local law enforcement officers in their community. Students from second through seventh grades are able to be members of the football league.

The “Thin Blue Line” represents police officers as a line of defense between chaos and order, which is often depicted on a black-and-white flag. People in this community have proudly displayed the “Thin Blue Line” flag as a way to show their support for police officers. Recently, the Harrisonville Youth Football League also adopted the flag in a unique and memorable way.

Every fall season for the last 4 years, the 7th-grade team has had an opportunity to design their new football jerseys. Based on their ideas, the coaches provide the players with 3 choices.

This year, the boys chose to feature the “Thin Blue Line” on their jerseys, honoring two of their coaches who also serve as police officers.The Harrisonville Police Department has expressed their thanks for the support.

“They look amazing and we’re so thankful for the show of support,” the department wrote on Facebook. “Best of luck this year boys!