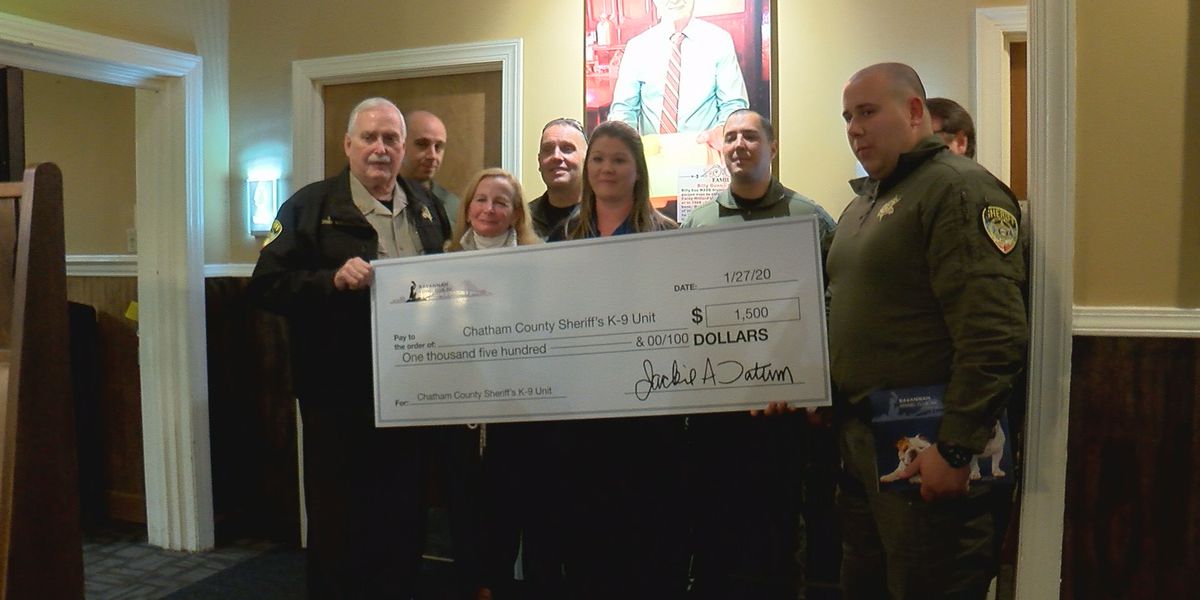 This week’s “Thankful Thursday” would like to thank the Savannah Kennel Club, a supporter of local animal-focused programs and a proponent of the human/canine bond for donating $1,500 to the Chatham County Sheriff’s Office K-9 Unit in Savannah, Georgia. According to the club, their contribution will assist in the restocking of the emergency kits for the canine officers as well as providing needed supplies to include bandages, medications, syringes and emergency blankets.

Sheriff John Wilcher and the K-9 team were there together to accept the donation. Lt. Jason Livie said, “It’s a great feeling because it shows us that people outside of our agency are looking out for us, helping us and our K-9s.” The Chatham County Sheriff’s Office has partnered with the Savannah Kennel Club in other events, but this is their first donation of its kind for them.

“The Savannah Kennel Club is thrilled to be able to support the brave men, women and dogs of the Chatham County K-9 Unit. The K-9 Unit and their working dogs provide an incredibly valuable service to our area, and as promoters of the human/canine bond, the SKC couldn’t be happier to support them.” said Club President Kathryn Palmer.