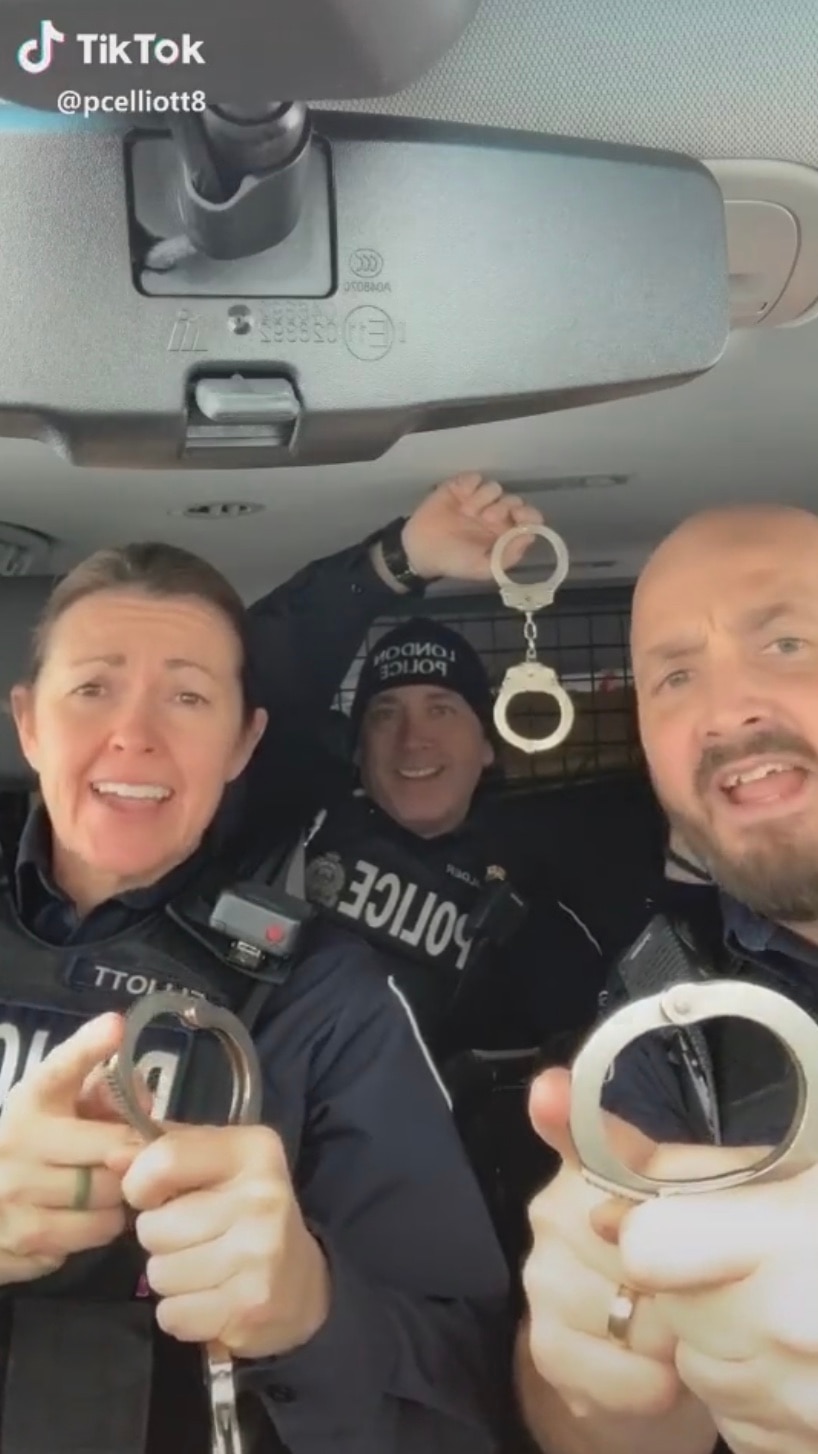 This week’s “Thankful Thursday” would like to commend the London Police Department in Ontario, Canada on their innovative approach to community engagement resulting in Constables Rebecca Elliot and Scott Mickle becoming social media stars on TikTok. Constables Elliot and Mickle are school safety officers whose duties involve visiting 27 schools throughout London teaching students in grades 3rd, 6th, and 8th. The Constables took to the social media platform to post videos from their cruisers, offices, and within their community. With their constant presence at the schools, the students knew that the Constables were already utilizing social media as a means to communicate with them.

TikTok has quickly become one of the world’s most popular social platforms with more than 800-million people using the smartphone app regularly. To date, Constable Elliot, whose TikTok username is @pcelliott8, has posted 19 videos, so far attracting over 16,000 followers. It was originally a video created with Constables Mickle and Chris Golder that went viral that put her in the spotlight. At the time of publication, the “Stand By Me” video has garnered about 135,000 likes.

Constable Mickle, whose handle is @pcmickle, has over 8,700 followers. This year, Constable Mickle was nominated for Police Services Hero of the Year Award.

While the majority of the engagement is positive, there has been some hate and criticism as to whether the Constables should be on the platform. According to Constable Elliot, they are using the social media platform on their own time or during their lunch hour.

“It’s for the kids, it’s just for fun and it’s to reach those kids so they can see that we’re just regular people,” said Constable Elliot.