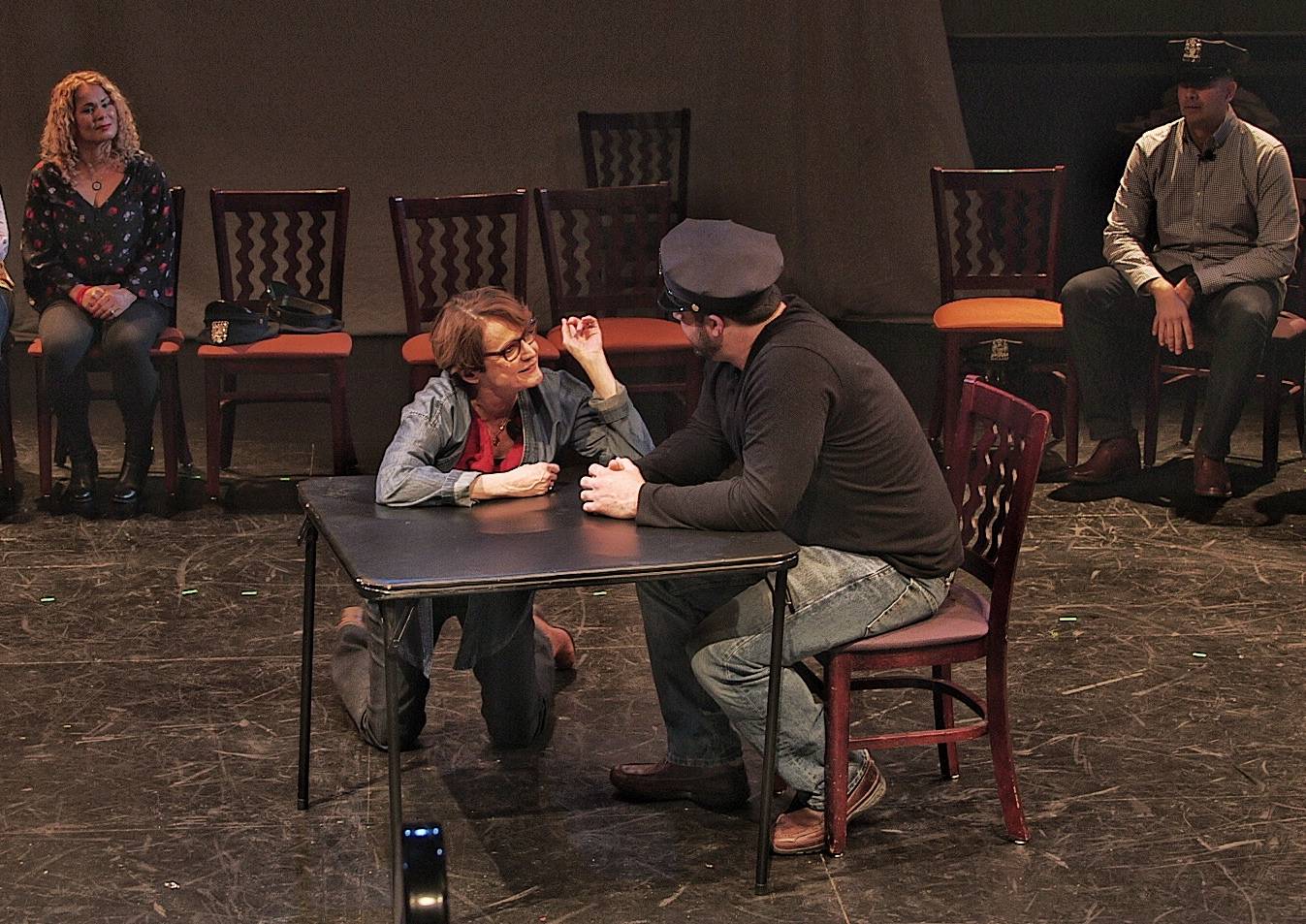 #Humankindalliance#ThankfulThursday would like to highlight the extraordinary efforts of the #Irondale Ensemble Project through its theatrical program, “To Protect, Serve, and Understand”. Since 2015, the #Irondale Ensemble Project has been working with #NewYork Police Department officers, using theatrical improvisation to build #communication and #empathy between #officers and the #communities they are charged to protect and serve. Participants attend workshops and tell each other stories based on their experiences, where they learn to improvise so they can “step into each other’s shoes.” The participants also partake in public performances, attended by #community members, with the goal of developing mutual #trust and #empathy through storytelling.

“We seek to build deeper understanding and #trust between #communities and #police using the transformative power of theater. Bringing #law enforcement and the public together in this creative way has impacted everyone involved. I have seen police officers leave the program with a clearer understanding of how they are perceived by the people they are sworn to protect and serve. I have seen them ‘walk in the shoes’ of people who fear them and I have watched friendships replace fear,” said Executive Director Terry Greiss.

HOW THE PROGRAM WORKS

The officers and #community members first participate in a sit-down dinner where they discuss hot topic issues surrounding policing. “Post-meal conversations become highly charged and emotional as extremely sensitive topics are discussed. Once the meal is over and the improvisation begins, the workshop exercises force the participant to walk in each other’s shoes. That deep level of understanding bonds the participants to each other in ways that transcend their current life and role, either as a civilian or a police officer. From active listening and slowing things down to fully understand the nature of a problem or situation, as well as examining my own perceptions and preconceptions, it has allowed me to see what is really going on. On a personal level, it helped bring about a paradigm shift in how I interact and communicate while at work and at home,” said #NYPD Officer Miguel Van Brakle.

The program has the power to change an individual’s perspectives and behavior, where now officers have said they police differently and they listen more acutely. The program has also given confidence to civilians who may have been afraid of the police. Communication, understanding and transparency all help achieve better community relations.

“Having the chance to have community members who may be apprehensive toward police and policing but are at least willing to try to communicate and interact in this program is invaluable in today’s climate. All the while developing and reinforcing communication techniques that can bring more positive outcomes during police interactions with the public,” said Officer Van Brakle.

To date, 53 police officers and 53 civilians have participated in seven series of workshops. Performances have seen audiences at capacity, with more than 2,500 community members attending.