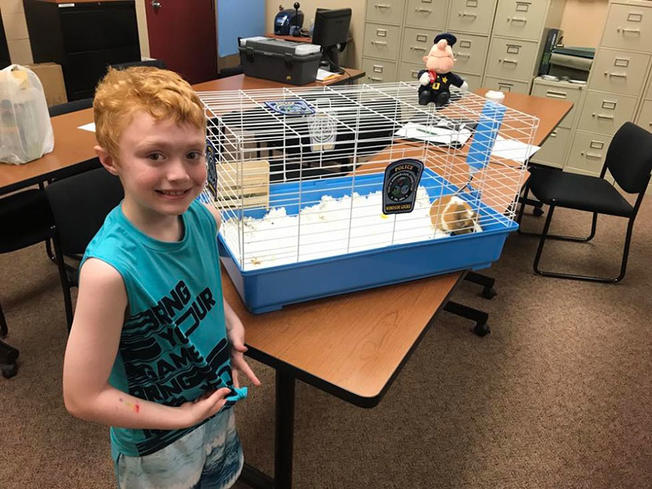 This week’s “Thankful Thursday” would like to commend the generous actions of the Windsor Locks Police Department in Connecticut after a mother and son lost everything including her son’s pet guinea pig to a house fire.

In an attempt to “put a smile on the son’s face,” members of the Windsor Locks Police Department bought Kameron a new guinea pig with all the necessary accessories and food.

According to the department’s Facebook post, “Our hearts were touched by their loss and we wanted to help. To see him smile was priceless for all of us.”

Donations of cash, gift cards, clothing and other items were received by the police department on behalf of the family. The department and the police union also donated funds for the family. “While this will not restore their loss, we hope it provides a small measure of comfort and positive vibes as they rebuild their lives,” the post reads.

One of Kam’s teachers, Kathy Ryan said his classmates also have been very supportive of the family. They brought him 28 new beanie babies to replace his collection, some even handed money from their piggy banks. Lemonade stands were organized resulting in the collection of $210 by two classmates selling lemonade and watermelon juice. The second grade class also opened a refreshment stand during recess at school.

“Kameron is a special kid at our school,” Ryan said.