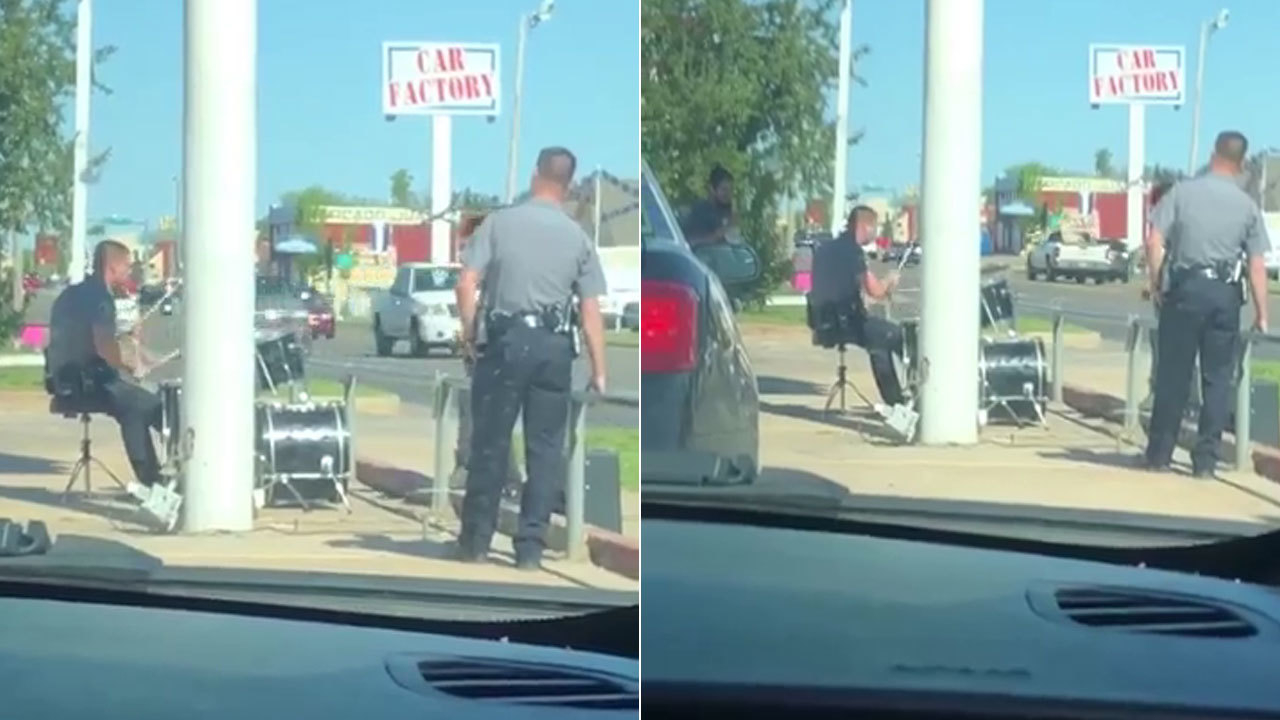 This week’s “Thankful Thursday” would like to commend Oklahoma City Police Officer Nate Ross on his handling of a noise complaint on May 3, 2019 of a man playing drums on the streets.

When the Oklahoma City officers responded to a loud noise complaint, they found a man playing on a set of drums on the side of the road. Officer Nate Ross explained to the man that someone complained that the music was too loud. As it turned out, Officer Ross used to play the drums back in the day. In an attempt to make his police response a more positive interaction, Ross sat down with the drums — “showing them how it was done.”

Officer Ross’s playing was captured on video while others are seen rocking their heads to the beat of the music. Directly across the street, a man is seen recording Officer Ross’s musical act. On Instagram, W3IR-Dos On 29th — “the wildest band coming out of Southside OKC” — identified themselves as those who got the cops called on them. “We got the cops called on us AND WE STARTED JAMMING WITH THEM!!!” the band wrote on Instagram. The band’s video showed a band member strumming his guitar while the officer was drumming. “Yooo thats my band!!” Juan Vargas wrote on the department’s Facebook post. “ Lots of love for the OKC (police). You guys are awesome for jamming out with us!!”

Officer Ross believes the success of the department is about citizen interaction. “I could have gone over there, talking down to them, telling them it was too loud and they needed to turn it down…but this was a lot more fun…it gave me a chance to interact with the people I serve,” he said. After the jam session, the man turned the music down before leaving, police said. “Yes, our officers have a job to do, and laws to enforce, but how great is it when we can interact with the great citizens we serve??” the department wrote on Facebook.

The Facebook post has been shared more than 3,600 times. Here are some of the comments:
“Thank you Officer Ross”
“You’re an excellent representative of all that is great with the men and women of the Blue!!”
“This is the positive image we want our police to project!”
“Great job Officer Ross! Not too shabby on the drums either!”